What Are You Attracting?

The Law of Vibration states: “Your thoughts control your personal vibration. Change your thoughts, get emotional about them, and you’ll change what is attracted to you.”

Because our thoughts are a vibrating energy, everything we think goes out into space as a vibration-much like a radio or sound wave. As it goes out, it begins looking for its match to come to it-it is attracting that which we have thought. When we are discouraged or depressed, it means we have a low vibration level and we need to raise it to a higher more positive one.

One of the ways I have found to change my vibration is when I am reading my goal statement for the week. It took me a while to figure this out. I was reading or saying my goal statement 10 times a day. In the beginning it was difficult. It felt awkward to say it out loud, and I was worried about counting and making sure I said it enough.

At the end of the week, I was reading through one of my lessons and my checklist asked if I had said my goal statement with “energy and enthusiasm.” I thought, “No. I was just glad to get through it.” However, I wanted to pass it off correctly, so I started saying it with enthusiasm. I accentuated different words. I thought I must look like an idiot!

But an amazing thing happened-I felt lifted. I felt more excited. I felt more energy. Then I really started to believe myself. As a matter of fact, even if I were having a bad day about something else, when I started my goal statement, my whole being lifted and so did the other struggles. I found out that if you really tell yourself your goals and dreams out loud, in an upbeat manner, then you really do change your subconscious to think higher and be better.

There is a large group of kids my son’s age who are extremely talented in sports, thus making the competition difficult. For years, a group of dads has gotten 10-12 boys together to play on special teams. It seems my son and a few others are the ones just left out. It has been discouraging for them for some time. It has caused a lot of heartache over the years and a lot of feelings. A year or so ago, I decided that I was not going to have bad feelings any more. I began to tell myself how much I liked the kids and their parents and things changed for the better.

This summer my son went to a basketball camp. This other group of kids had put a team in the “Summer Games,” so they were a day late getting to the camp. My son was discouraged the first day because there were only 4 boys there his age, and he felt stupid because he wasn’t one of the ones invited to play in the Summer Games. The next day when the other boys arrived, all they talked about was playing in the games. My son had a hard day at camp and couldn’t concentrate on the plays. He came to the car afterward nearly in tears.

I decided that we needed to change his vibration, so the next morning before camp, I talked to him about what kind of a player he was. I asked him, “Have you made a foul shot before? Are you going to make them again? Have you made a three pointer? Have you made a great slashing play to the basket? Have you played great defense?” As he realized that, Yes, he had done all these things, he began to feel a little better. I told him that we were going to raise his vibration level so he could attract better things into his life. Because he had had some exposure to the principles, I knew he understood what I was talking about.

I said to him, “say, ‘I am a great basketball player’.” He repeated it half heartedly. I asked him if he believed it when he said it that way. He said, “no, not really.” Then I said, “say, ‘I AM A GREAT BASKETBALL PLAYER!'” He laughed and said he couldn’t do it. I told him yes he could and that I said a goal statement everyday to raise my vibration and it works. I finally got him to repeat it. We said it again and again all the way to camp. We even added words like, “I am an AMAZING and GREAT basketball player!”

We had fun! I told him that if he heard ANY negative words or if someone said something and he was getting discouraged, he was to repeat those words in his mind. I told him to treat everyone kindly-especially those that went to the camp and tell them when they did a good job or made a good shot because then the good would come back to him. I told him to look at the coach even if he wasn’t looking right at him and LISTEN to what he said and to do it.

When I picked him up after camp, he was happy and said camp went well. He also noticed how some of the boys were being unkind to another boy who wasn’t doing as well. He felt bad for that boy-that his teammates were not building him up. Even the coach said that he had a better day. The law of Vibration WORKS!! 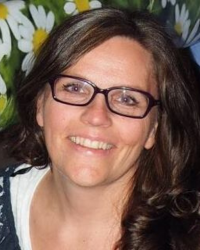 Denise Webster
Certified Mentor. Constantly busy and always serving would describe Denise Webster. As the mother of 7 children, she has always been actively involved in their lives from sports, to piano, to musicals. She enjoys helping others achieve their greatest potential and overcome difficulties. She aspires to travel the world with her family doing humanitarian work and offering service to others.

The Vacuum Law of Prosperity: Bonus

Moving from Idea to Fruition QUICKER

Do I Dare Believe? Watching for the Prodigal’s Return