Just for fun, I posted the following to celebrate my book Portal to Genius‘s 10th birthday in 2019. Here are some fun facts you may not know about my books, business, or whatever:

1) The name of my business “ThoughtsAlive” came out of a brainstorm in 2002 over the phone with friends Alanna Webb and Marnie Pehrson-Kuhns. Did you know they also pioneered the first online mall in 1996? True story.

ThoughtsAlive LLC is still my official business name, but I started using the DBA Rare Faith a few years back, and officially registered it as a trade name with the US Patent and Trademark Office in 2019-20:

The “making things happen” tagline refers to what God does when we have the faith required to qualify for His intervention. We invite it and allow it, but God is the One who gets the credit for all that does happen. 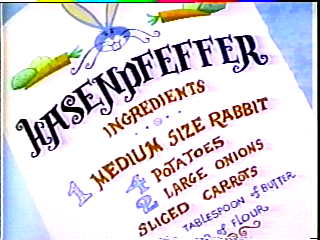 2) Portal to Genius was originally going to be named “Hasenpfeffer in Munich”, but my co-author Garrett Gunderson feared that Google wouldn’t be able to provide a “did you mean…” suggestion when a user fails to spell it right.

3) In the year 2000, my husband showed me a letter from Bob Proctor, which asked if we had ever thought about teaching what we had learned. I HAD to do it!! So we invested about $9000 to send me to the training. I didn’t find out until recently that Bob’s letter caught my husband’s eye because my husband was interested in becoming a facilitator himself. When he saw how badly I wanted to go, he decided to keep his own interest a secret.

4) When I asked Jack Canfield (Chicken Soup for the Soul) for an endorsement for Jackrabbit Factor in 2005, he told me no, he was taking time off to be with his family. I had just read his book Success Principles, which has a chapter called “Ask, Ask, Ask”. So I asked to be an exception. He politely declined again, so I decided to impress him by asking again. He finally had to get blunt with me. I apologized profusely for my rudeness and learned a hard lesson in respecting other people’s agency. You can achieve your goals without any particular person doing any particular thing for you. 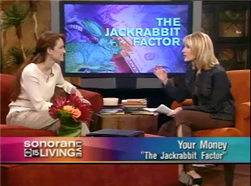 5) The television interview pictured above from 2005 was horrible. I had 3 minutes to explain Jackrabbit Factor but I blanked out. Great picture, awful experience. The show was broadcast throughout the Phoenix metropolitan area and outlying mountain regions but I think I only sold one book.

6) As I wrote Portal to Genius in 2009, I had writer’s block for 6 months, until the turn of events described in Chapter 35 happened to US and got my creative juices flowing again. You can begin reading Portal chapters here.

7) I’ve lost count of how many times people have posted the following video on my Facebook page. I’m called the crazy rabbit lady, so this is right up my alley. It never gets old. If you haven’t seen it yet, I’m sure you’ll enjoy it just as much as I do!!

8) The Jackrabbit Factor has been translated into Spanish, Turkish, Chinese, and Persian. Whether they are good, accurate translations or not, I may never know.

9) Hidden Treasures was originally intended for my peers in the LDS faith (members of the Church of Jesus Christ of Latter-day Saints), but has since organically achieved best-seller status on Amazon.com and received glowing reviews from people of Jewish, Buddhist, and other faith traditions. The principles are Universal, and its message is unifying. Have you read it yet? It’s free.

10) In 2003, I gathered a decade worth of event notes containing my biggest epiphanies from over 100 seminars, and prepared to weave them into a story. It was originally going to be about a sea creature that evolves into other life forms, ultimately making it to the surface as it learns each of those important lessons. Somehow it ended up being a story about Jackrabbits instead. I’m kind of glad about that.