Sometimes the most effective lessons we ever learn come from our mistakes. Once we have moved on, we gain the ability to look back and clearly see our errors. Such clarity helps us change our focus as we move into the future and do things in a better way. This is how I learned about the Law of Vibration.

The Law of Vibration states that everything is constantly vibrating and that signals or messages are transferred through those vibrations. This is much easier to understand if we think about how a cell phone works. When you hold this small appliance in your hand and key in a certain set of specific numbers, you are able to make direct contact with another cell phone that connects directly to someone else. The signal is sent and information is transferred through vibrations.

By understanding the Law of Vibration, we can easily and simply attract what we want by putting ourselves in its vibration. I have two close friends who have very similar phone numbers. Nine of the ten digits are exactly the same; only the last number varies. When I want to speak with either of them, my intention must be clear and I have to consciously pay attention to what numbers I am dialing.

If I am just one number off, I may end up having a lovely conversation with a dear friend, but will not have accomplished my goal. Receiving what we want out of life is as simple as deciding exactly and specifically what that is, and then putting ourselves in its vibration by imagining ourselves having already received it and by feeling the emotions we will feel when it is ours.

As I was growing up, my weight was never a struggle. I was very petite and tiny, and naively thought that would always be the case. I was not concerned about my weight or body image in general; it was never on my mind. As I matured and grew into adulthood, I surrounded myself with people who were very image conscious and for whom a person’s weight was a defining characteristic.

They were always looking, commenting, thinking, and discussing what others looked like, and openly judged a person’s worth and desirability based on their interpretation of that person’s physical appearance. Because I cared a great deal about what these people thought of me, I allowed their standards and judgments to become embedded in my subconscious mind.

When that happened, my self-respect dwindled and I allowed my worth as a person and a woman to align with the numbers on a scale or the size of my clothes. Once I accepted their ideas as truth and moved into the vibration of being heavy and unlovable, I gained a tremendous amount of weight. Because I chose to believe that my worth was greater when my numbers were smaller, I was, at that point, worth very, very little.

Eventually I became tired of feeling this way and sought out a physician’s help to correct the external problem and shed the extra pounds. Through a rigorous course of metabolic stimulants and appetite-suppressing prescription medications, the weight did come off and I began to feel almost normal. I did not, however, change the internal vibrations that emanated from my subconscious mind.

After I had lost the weight, my family moved several states away. As I met new people, the negative self-talk that ran loudly and clearly through my mind was, “This is not the real me. I am not thin. I am not attractive. I am overweight and unattractive, and someday you will see that.” While I was shocked and dismayed to hear myself think those things, I did not reject the words and continued to believe that I was overweight and unattractive. It is therefore not a surprised that after a relatively short period of time, I gained back all of the weight I had lost and more.

Many years later, I had the opportunity to learn about the power of our mind and how our thoughts direct our results, and our results reinforce our thoughts. When I was challenged to think of a time when my subconscious mind was in a vibration with something I did not truly want, this experience came flooding back to me. I saw that I had created my own reality based on what I subconsciously believed to be true. While this was a tremendously painful lesson to learn, I now know that I can successfully and permanently change my results by changing my vibrations. I am so happy and grateful to have learned about this law as it gives me back my own strength, power, and freedom to become whoever I want to be.

_________
For more on this topic, click here to read Hidden Treasures: Heaven’s Astonishing Help with Your Money Matters FREE. 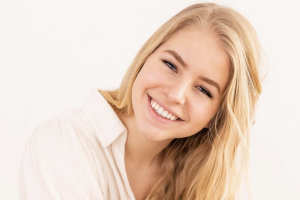