A Principle of Action

“Now ye may suppose that this is foolishness in me; but behold I say unto you, that by small and simple things are great things brought to pass; and small means in many instances doth confound the wise.” (Alma 37:6)

The laws that we have discussed to this point are all principles of thought and mindset. The Law of Cause and Effect, however, is a principle of action. Specific actions yield specific results. If you want a specific result, then you had better know what the necessary action is in order to receive it. We often refer to these results as the consequences of our actions. These consequences are manifestations of the Law of Cause and Effect.

Things around us act in predictable ways. When that pattern is interrupted, there is a change in the pattern which brings a new result. We call the interruption the cause, and the new result the effect.

The Law of Cause and Effect is known throughout the world by many names. My first introduction to it was as the Law of the Harvest, or as ye sow, so shall ye reap (see Galatians 6:7)….

…often we think that the action required will be significant. Monumental, even. Maybe that will be the case. But when mindset is right, the necessary effort is often much smaller than we might think.

Have you heard of the butterfly effect? Take a look at what science says about minute interruptions to patterns.

But what does that have to do with pursuing a goal?

First of all, working on mindset is that tiny interruption that can change the result in dramatic ways.
Second, the required action might look a little different than you expect. It may be an action that seems counter-intuitive or even a little crazy. But even a small action can have a profound effect.

Early in our marriage, my husband decided to attend graduate school and earn his master’s degree. He was accepted to Oregon State University.  At the time, we lived in Utah.

We owned a little home that we had purchased a couple of years prior.  To purchase the home, we had gone through a first-time home-buyer’s program that stipulated the home must be our primary residence.  This meant that we couldn’t rent it to anyone during our absence (we planned to return to Utah), or even leave it vacant.  Doing either would result in legal trouble for us. We had to sell.

This was in the year 2000, when the average time to sell a home in our area was about four months. Pretty good, actually.  But we had only two months from the time we learned of my husband’s acceptance to grad school to the beginning of the semester.  We knew it was possible to sell really quickly, but the pressure was definitely on!

We hired an agent to help us. It was actually a hard decision for me because I knew that while an agent had better tools to get the job done than I did, mine was not the only home he or she would be trying to sell.  How could I know that my home would be an agent’s priority?  The fact was that I couldn’t. That control was a difficult thing for me to let go of.

Just as I was feeling like I had absolutely no control over the situation, I felt the Spirit of the Lord whisper to my soul that there were still things I could do to influence the outcome.  We were certainly praying about this issue.  I could continue in fervent and sincere prayer.  I could be more diligent about the things that I felt the Lord wanted me to do: studying my scriptures, fulfilling my church callings, attending the temple, fasting (I was pregnant at the time, so I didn’t fast, but my husband did).  While these things were small and not exactly connected with our ultimate goal, they demonstrated our willingness to act to receive our desired outcome.  And these small, simple tasks helped us to keep faith in the possibility of what we desired. We put our effort into the things we could control, and trusted God to take care of the rest.

Four weeks later, we said goodbye to our first little house.  We spent a few weeks living with family until it was time to journey to our new home. Through this experience I learned that small, seemingly unrelated actions can influence the outcome in phenomenal ways.

Everything we do is made up of small steps.  Accomplishing a goal is usually a matter of consistently performing small actions until the dream becomes reality.  Often, it is consistently performing the same small action over and over until the goal is achieved.  The greatest challenge is usually in making ourselves do these simple things when we’d rather not.  Taken a step at a time, no goal is impossible.  But success is impossible without action–without taking that first step.

The Book of Alma in the Book of Mormon is one of my favorite books of scripture.  I love the faithfulness of the military leaders, and their genius in solving problems and achieving their goals.  In the later chapters of the Book of Alma, there is a huge war being waged between the Nephites (God’s people) and the Lamanites (their enemies who are bent on the Nephites’ destruction).

At this point in the story, the Nephites have lost several cities to the Lamanites that they want to retake.  But they are outnumbered.  What did the leaders of the Nephite armies do?  Our natural inclination might be to recruit as many soldiers as possible, and pray to have the Lord fight the battle with them. And certainly there were battles that the Nephites fought.  But there were three times that they were able to retake a city with out a single Nephite life being lost, all because they took action–but not the action you might expect.

After discovering where the Nephite prisoners were kept in the city Gid, the captain of the Nephite army, Moroni, finds among his soldiers one who is a Lamanite by birth, but has joined the Nephite cause. He sends with this man a small group to act as defectors who bring with them wine from the Nephites.  They offer it to the Lamanite guards, who drink it happily.  When the guards are drunk and sleeping, the Nephite army casts weapons into the city for their imprisoned people.  When the Lamanite guards awaken, they find themselves surrounded by the Nephite army, and confronted with armed prisoners.  They decide it is better to surrender than to fight, and the city of Gid is retaken without the shedding of blood.

The Nephite army near Manti is severely outnumbered, but they are determined to retake the city. They make camp outside the city walls.  The Lamanites within the city are afraid that the Nephites might cut off their expected supplies, so they decide to go to battle.  It appears it will be an easy one, because of the small number of Nephites.  Before the Lamanites come to battle, Helaman (the captain of this particular army) sends a portion of the army to hide in the wilderness, while he takes the remainder to march away from the city.  When they see the Nephites retreating, the Lamanites march after them, anxious to engage them in battle.  But they took the whole army, leaving only a few guards.  When Helaman’s men and the pursuing army were a safe distance away, the hidden soldiers took the city from the few remaining guards.  At nightfall, the Lamanite army made camp, preparing to overtake Helaman’s men the next day.  But Helaman’s men marched all night, back to the city of Manti, and rejoined the rest of their men.  When the Lamanites awoke, they discovered that they had lost the city of Manti.

What struck me about these stories was that, while action was definitely necessary to retake these cities, it was not the action we might expect.  Had the Nephite military leaders been determined to battle, if they had seen that as the only way to accomplish their goal, the outcome would have been very different.  And a key part of knowing what action to take was attending to the small and simple things: daily acts of worship, such as prayer, to keep them in tune with God’s Spirit.  A determination to obey with exactness, both the commandments of God, and the instructions of their leaders.  By doing these small things, they were building a foundation for their success.

Wherefore, be not weary in well-doing, for ye are laying the foundation of a great work.  And out of small things proceedeth that which is great.

It’s easy for me as a person of faith to turn immediately to faithful activities as my “small and simple things.”  But any goal, when you are in harmonious vibration with that you seek, will inspire actions that will bring your goal to pass.  It can certainly include the expected actions (such as daily exercise for a health-related goal, or hiring an agent to help sell your home).  But it might also include actions that are not exactly health related (such as letting go of a grudge, or repairing a relationship).  As we raise our vibrations to be harmonious with our goals, the lower, “stuck” vibrations have to change.  It is not only a part of accomplishing a goal, it is critical to keeping the results once we obtain them. The Law of Cause and Effect is not only about taking the necessary and expected action, it is about acting to change who we are to be compatible with the life we seek.

For more on this topic, read Hidden Treasures: Heaven’s Astonishing Help with Your Money Matters (free) 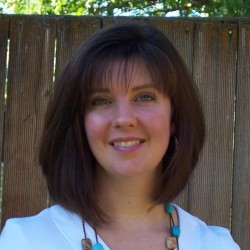 We Didn’t Even Request It

It Didn’t Happen on Time

Kathy on a Roll