It takes Time by Law-Gestation

The Law of Gestation may be self-explanatory. We typically think of gestation the most obvious way; the time it takes for the development of a fetus from conception until birth. It could be a human, animal, or even plants but there is a space of time that must be waited upon to see the development to completion.

It’s not necessarily that the idea was bad. It just simply has not had the time to achieve its full form. When a seed is planted in utero, we know in the case of human babies, that we can expect a fully formed bundle of joy in nine months. It’s been proven billions of times. So, no woman gets to 38 weeks and thinks, “this isn’t working out! I’m going to be pregnant forever. This baby will never come! I might as well give up!” No; the woman KNOWS that her gestation is nearly complete, and she will likely go through the greatest discomfort in those last two weeks. After all of that discomfort, she has to perform a life and death labor, to bring her child into the world.

Similarly, we may have a brilliant idea, and it may be firmly on its way to us, on the very doorstep of arrival. But we have a few more days, weeks, months of discomfort and labor before we are able to embrace the fulfillment of thought into physical creation. A key to success is waiting it out, continuing in faith, knowing our waiting and work will pay off. We wouldn’t dig up our garden seeds every few hours to see if the vegetables were there. Because we know that they will sprout eventually and grow into a harvest fit for our table. Fortunately, with gardening, it doesn’t take long to see the evidence.

Our goals and dreams, however, CAN take months and years. Personally, I’ve set goals or expressed desires for things that only took a few hours or days. For example, I wanted to see a blue butterfly and saw one later that same day. Another example was the time I wanted a bag of tomatoes and someone gave me some that week. But I have also set real goals, not just heart desires and it has taken much longer.

I once set a big money goal. I wanted to make in one month, what I was averaging in one year with real estate sales. Don’t be too impressed, I wasn’t making much in a town of just over 500 people. But I set the goal. In about 6 weeks, when I saw ZERO evidence of success, I nearly gave up. Thankfully, I was too stubborn to take the goal off of my bathroom wall where I had posted it. I still looked at my goal every day, even though I felt the goal had become something to mock me. The silent phone joined in the mockery, but I would not take it down.

The delay caused me great concern. I even decided after a few months, to set a date to quit real estate. I was no longer actively seeking after my goal. I just wanted to get to that random date so I could quit. But a funny thing happened on the way to throwing my dream out of the window and allowing it to come to completion. Three weeks before my planned departure, the phone started ringing. Then it rang again. And again and again. By the time my quitting date rolled around, I decided I had to stay because I now had four transactions moving forward and I wasn’t going to walk away from money staring me in the face. Two months later, all the transactions ended up “coincidentally” closing in the same month, and I fell just a few hundred dollars short of the goal. I certainly had no complaints.

I considered my goal accomplished. Then I decided to repeat it over and over and over again. Many times since, I have reached that goal with far less effort and angst. In addition, that formerly annual income has been multiplied many times. The greatest lesson I have learned has come through embracing and understanding the Law of Gestation.

Remember, anything worth having is worth waiting for. Things take time. They can’t be hurried. If we stop digging up the garden seeds and wait expectantly, just like every mother does, we can be sure of success in our goals and dreams. 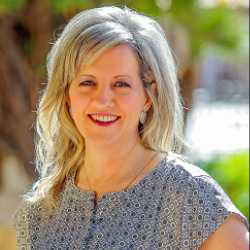