In the first part of this series, we learned that we can gain the results we want faster and without frustration by flowing with the universe. This process of flowing is going from Be to Do to Have. Be the happy person or the friendly person you want to be and then you’ll have that happiness and friendship.

This process can be a lot easier said then done. Each one of us has many limiting beliefs, habits, and self-talk. These are like bricks that weigh us down and block us from our goals. A tool is needed to help us release this weight and clear our way towards our better life. One such tool is called the Emotional Freedom Technique (EFT).

The Emotional Freedom Technique is a method of tapping on the body’s meridian points to release the limiting energy patterns that are keeping you stuck, that are keeping you from reaching your goals of improvement. When EFT is used to clear away a brick (problem), it is able to quickly release the disruptive energy that is causing the symptom (the problem) that you have been fighting against.

As you use EFT to “Being” whomever you want to “Be” (i.e. rich, happy, married, employed, entrepreneur) it is useful to apply it to the bricks you want to eliminate and then again to their opposites or the positive traits you are yearning for.

The following is an example of the sequence used by someone applying the first two articles:

Let’s say you want to be married.

Setup phrase – tap on the side of your hand where you would do a karate chop as you say… “Even though I am not married, I deeply and completely love and accept myself.”

Let’s say one of the items you listed was fear of rejection – you can’t and won’t submit yourself to refection. As you think about being rejected, where would you be on a scale of 0-10 in intensity — take note of this number.

Now tap on the following points while repeating aloud the word “rejection”:

After you have gone through this sequence three times, measure your intensity level again. Where is it? Is it to 0 or 1? If not repeat the process again until it is completely released from your being.

Once it is released, continue this process by changing the word “rejection” to one of your positive “Being” items – acceptance, for instance; you are accepted by others. Now tap the same sequence, but this time repeat the key word “acceptance”.

By erasing the negative and replacing it with a positive “being” you are setting yourself up to naturally BE whomever you want to be, without the frustration of forcing yourself through will power. 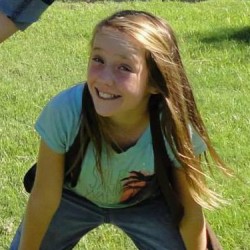 Latest posts by Bethany Householder (see all)
PrevPreviousBe in the Prosperity Flow
NextThe Flow of Money – Are You in the Current? Finding Success in Money MattersNext